Dotted all around the mountain of Pelion are magnificent traditional villages and exotic beaches. Pelion villages are a very popular all year destination, as they combine great natural surroundings and a rich cultural heritage. Their varied landscape consists of dense green mountainsides, snow-covered peaks and golden beaches.

Most villages are tourist developed and offer many facilities, Pelion houses on the mountainside or close to the sea, and a lot of sightseeing. Pelion villages are mainly ideal for peaceful and family holidays, but there are also chances for adventurous activities, such as hiking or skiing. 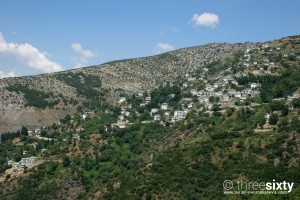 Makrinitsa is one of the most popular Pelion villages, a historical settlement built amphitheatrically on the slopes of a verdant mountain. The magnificent view to the sea characterizes Makrinitsa. It is divided into two smaller villages, Koukourava and Moutsara, and has a lot of significant historical sights.

It is known as the noble village, due to the wealth people that used to live there in the 17th and 18th centuries. Traces of their wealth are found in the traditional tower houses with tall ornate walls and artistic fountains. Visit the large central square with the carved marble fountain and the church of Agios Ioannis Prodromos. Take also a look at the collection of the museum of Popular Art and participate in the wonderful cultural festivals that take place. 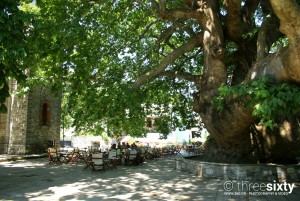 One of the oldest and well known Pelion villages, Tsagarada is both traditional and modern, due to tourist development. It is a beautiful destination for both summer and winter holidays, as there are many accommodation options by the seaside, such as Pilio villas, and a lot of facilities, shops and a ski centre only half an hour away.

The four settlements of Tsagarada, constructed around the famous historical churches of Taxiarches, Agia Paraskevi, Agia Kyriaki and Agios Stefanos with stone bell towers, offer panoramic views to the Aegean Sea and are surrounded by lush greenery.

Tsagarada is distinguished for its elegant mansions of the 17th and 18th centuries, the flowery gardens and the picturesque streets, as well as the impressive old plane tree in the square of Agia Paraskevi. 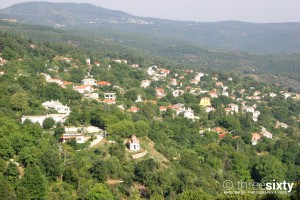 On the green mountain slopes of Pelion stands another picturesque village, Milies. It is widely known for the production of apple trees and the famous cave, where, according to Greek mythology, centaur Chiron used to teach his students. Milies was a flourishing cultural centre during the 18th century and now it is highly tourist developed.

Traditional Pelion architecture can be traced in the many aristocratic mansions, stone houses and fountains. The most significant sights in Milies in the Library, with a wide collection of rare books and antiques, the Popular Art Museum and the railway station of the renowned train “Mountzouris”. 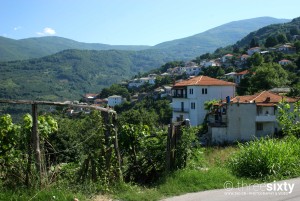 Perfect for both sea and mountain holidays, Zagora is one of the most popular Pelion villages, distinguished for its impressive architecture and fruit production. Nestled among verdant hillsides, with exquisite Aegean views, the village of Zagora presents amazing folk architecture and historical landmarks.

Take a walk around the village and see the decorated walls and windows of the houses, the marble fountains and the icons and wood carvings in the Byzantine churches of Agios Georgios, Agia Paraskevi and Agia Kiriaki. Don’t miss the ruins of the ancient Kastro and a necropolis found there, as well.