Damouchari, the port of Mouresi village, is a well-hidden pearl of Eastern Pelion that remains unexplored to the general public even today. The selection of this picturesque settlement for the filming of the Hollywood film "Mamma Mia!" Has attracted an international recognition over the past decade, triggering a mild form of tourismwild development by local families.

The picturesque harbor, the only naturally protected bay of eastern Pelion, consists of narrow alleys, traditional stone buildings and cobbled streets of local pebbles, the white round stones that used to swim past the beautiful beach of old Damouhari. The settlement of Damouchari consists of two small coves separated by a green piece of land on which are still the ruins of a medieval castle giving the place a sense of nobility. When climbing up the cliff that separates the two beaches you will enjoy unparalleled views of the Aegean Sea while the white-white rocky terrain is covered by a green "carpet" that touches the sea, giving a wild beauty!

The beach of old Damouchari with the blue-green waters is offered in the last few years for moments of relaxation and sunbathing, as the winter wave and the love of the world for collecting as a memento of the characteristic white chocolate, turned it into a calm sandy beach with easy access to the elderly and young children. For the most "active" visitors, it often offers waves, as the Aegean meltemia "roam" the sea, while in the nearby rocks you can try your abilities in the dives even from above, a tradition that is still observed by the young friends of the area. 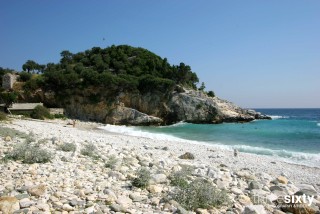 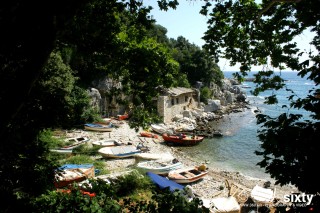 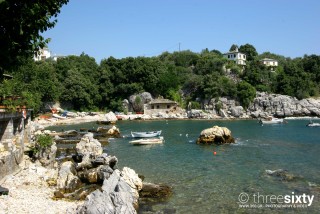 What to do in Damouchari

How to Get to Damma Mia